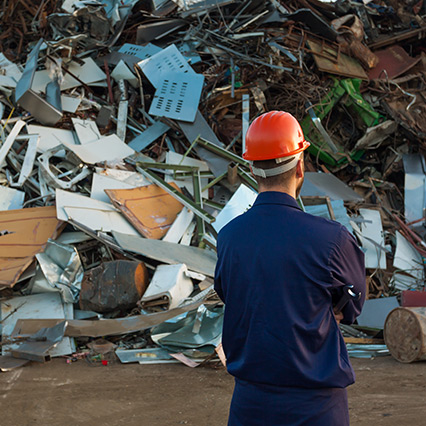 Throughout the year, southeast Asian nations have gradually put restrictions, new regulations, and bans on importing scrap materials. The new orders come as a result of changes in trade policy and efforts to combat overwhelming pollution. After China’s ban on plastic scrap, recyclers were forced to seek alternate destinations. As a result, other nations including Malaysia, Thailand, Taiwan, and Vietnam began to set their own rules on importing scrap materials. While most Asian countries have seemingly fallen under a domino effect, one nation welcomes the challenge.

This fall, Thailand, Taiwan, and Vietnam banned all shipments of paper and plastic in response to rising scrap material import trends. Resource Recycling has reported that all three nations have dealt with illegal importing which has contributed to the rise in pollution. As a result, the countries are working to develop new strategies on how scrap import inspections will be conducted with an additional regulated list of specific materials that will be acceptable to import.

By 2019, China will have banned imports of plastic scrap and over 32 kinds of solid waste material in an effort to reduce the public health effects brought on by overwhelming pollution. Brian Taylor, from Recycling Today, says some of the banned items on the list, provided by  China’s Ministry of Ecology and Environment (MEE), Ministry of Commerce, National Development and Reform Commission, and the General Administration of Customs (GACC), include stainless steel scrap, titanium scrap, wood scrap, used hardware, and auto part scraps. The banning of certain scrap materials combined with new quality specification requirements has caused recycling companies worldwide to find new destinations for their scrap materials.

Despite the added pressures and new requirements from Asian governments, one nation is preparing to revolutionize the recycling industry and become the solution for struggling recyclers.  India plans to be the next major destination for recyclables, reuse, and material recovery. Resource Recycling reports that the country aims to be a strong, international trade partner which will encourage its own economic growth and generate employment. India’s current scrap deficit has encouraged the government to optimize its recyclable material collection efforts. Although it may take years to completely change the industry, stakeholders are enthusiastic about India’s plans to develop a more sophisticated and efficient type of recycling market.

We are E-Stewards certified!

The Success of Sustainability

*In response to the Covid-19 virus, URT has made the decision to temporarily suspend the Consumer drop off program effective immediately and will be in effect until April 1st.